National protests against gender-based violence have attracted attention locally and internationally, with President Hage Geingob implored to intervene. Hundreds of young people, mostly women, took to the streets in Windhoek, shutting down shopping centres, and calling for businesses to join the fight. So far, the protesters have handed a petition over to parliament with a list of 24 demands, including that a state of emergency be declared and that Gender Equality Minister Doreen Sioka and her deputy, Bernadette Jagger, resign. 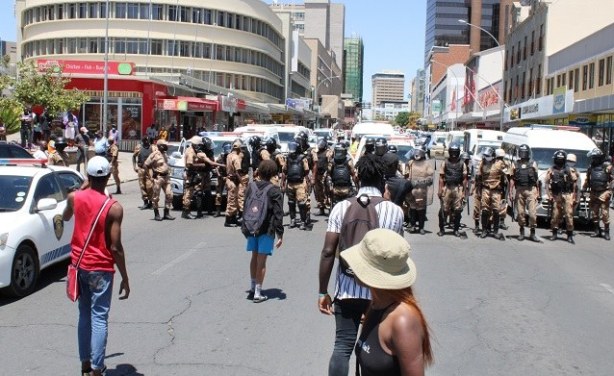 DETAINED ... An anti-femicide protest turned volatile after the Special Reserve Force was dispatched and tear gas and rubber bullets were fired at the crowd. Twenty-four protesters and three journalists were detained but later released.