Prince Bashiru Aminu, who holds the title of Iyan Zazzau, has filed a suit before the Kaduna State High Court, seeking the removal of Ahmed Nuhu-Bamalli as the new Emir of Zazzau. Aminu asked the court to declare him the 19th Emir, after scoring 89 points in the three-candidate shortlist that included Munir Jafaru (87 points) and Aminu Shehu Idris (53 points). The Governor of Kaduna State, Nasir El-Rufai, dropped the initial recommendation made by the kingmakers and ordered a fresh process where 13 princes were screened. The governor's move was greeted with allegations that he was attempting to favour Bamalli, his alleged preferred candidate for the throne. 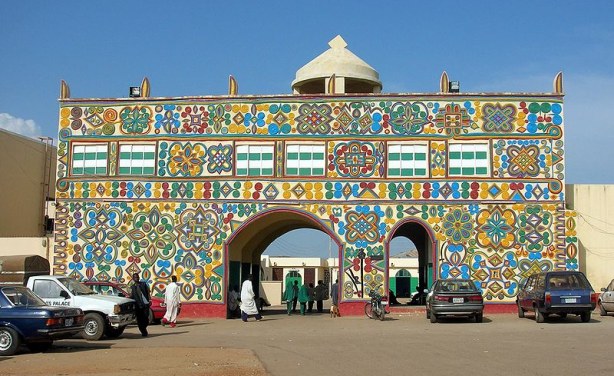 Gate to the palace of the Emir of Zazzau.