Throughout his lifetime, Afrobeat pioneer Fela Kuti was very vocal in criticizing the government, highlighting the ills of those in authority and speaking against the political problems that plague African people. And now as the ongoing protests against police brutality continue to spread all over Nigeria, protesters have found inspiration in his music. Coincidentally, the theme of the week-long celebration held in his honour, 'Fight to Finish, Fight to Win', Felabration, which was was conceived to address Covid-19, also speaks to the resilience of the protesters. Kuti, who died on August 2, 1997, would have turned 82 on October 15. 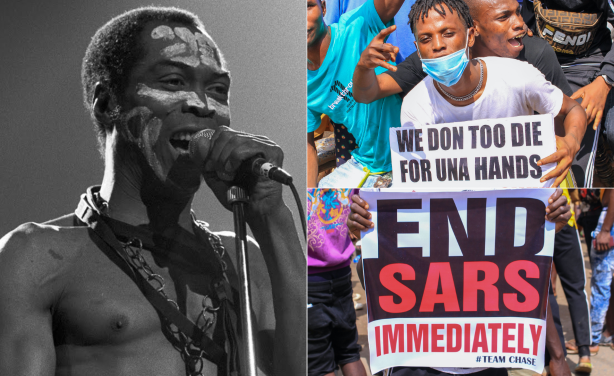