Most of those escaping the ongoing conflict in northern Mozambique are finding shelter with family or strangers in areas further south, placing a burden on hosts and leading to overcrowding that raises the risk of spreading the novel coronavirus. An insurgent group has been launching deadly raids in Cabo Delgado, home to various multi-billion dollar gas projects, since October 2017 forcing more than 300,000 people to escape. 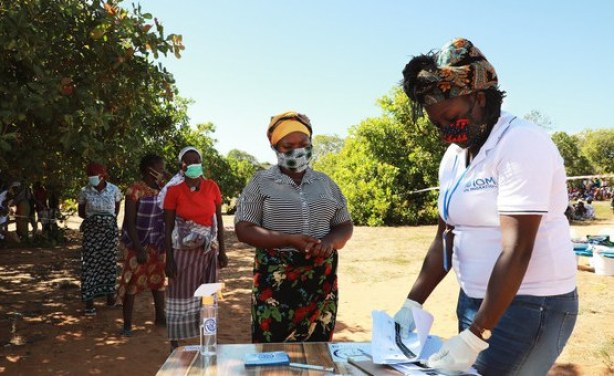 IOM staff with internally displaced people in the province of Cabo Delgado.