U.N Secretary General Antonio Guterres said at a virtual meeting organized by Denmark and the European Union that violence was on the rise and internal displacement had increased 20-fold in less than two years in the Sahel region. He said conditions in the sub-Saharan belt spanning Burkina Faso, Mali and Niger were worsening, with 13.4 million people in need of assistance. International donors have pledged €1.4 billion (U.S.$1.7 billion) in aid to the region, which the UN says, is close to "breaking point". Twenty-two countries pledged money to the fund, which the UN said would help some 10 million people for the remainder of 2020 and through 2021 with nutrition, food, health services, water, sanitation, education, and shelter. 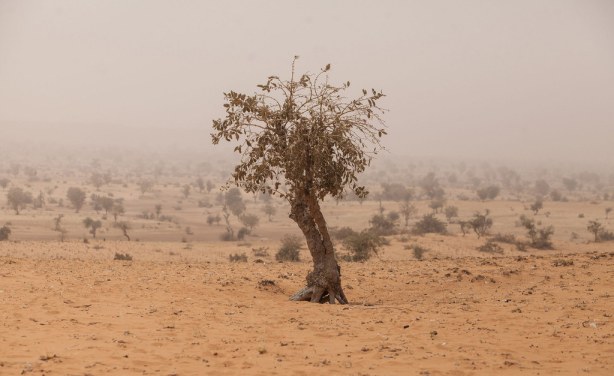 A tree in a desertic area in central Sahel (file photo).