A stream of African leaders has congratulated president-elect Joe Biden and vice president-elect Kamala Harris on their victory in the 2020 U.S. presidential election. Most leaders have expressed hope that Biden's win will boost trade and other relations between the continent and the U.S. Nigerian President Muhammadu Buhari tweeted, "President-Elect Biden's remarkable track record gives us hope that he will add value to the presidency and world affairs. We look forward to greater cooperation between Nigeria and the United States, especially at economic, diplomatic, political, and security levels." "We congratulate President-elect Joe Biden and Vice President Kamala Harris and the American people on your election. We look forward to working with you and deepening our bonds of friendship and cooperation," South African President Cyril Ramaphosa also wrote on Twitter. Zimbabwe President Emmerson Mnangagwa offered his "huge congratulations" to Biden and wished success in leading the American people and growing cooperation between the two nations. 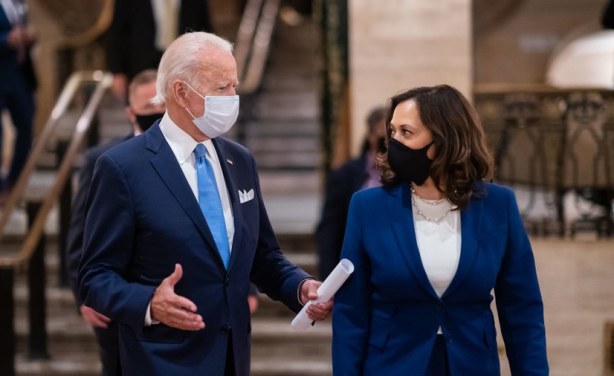