Calling the situation in the troubled Tigray region an internal matter, Ethiopian Prime Minister Abiy Ahmed resisted pressure from the African Union and international community to ease pressure and end bombarding. He replaced the head of the army, intelligence and police as fighting intensified. The federal government had earlier moved to replace the leadership of the northern state as clashes raised fears that the country is sliding closer to a civil war that could destabilize the entire region. The conflict began when the region held elections despite polls being delayed by the federal government due to the Covid-19 pandemic. 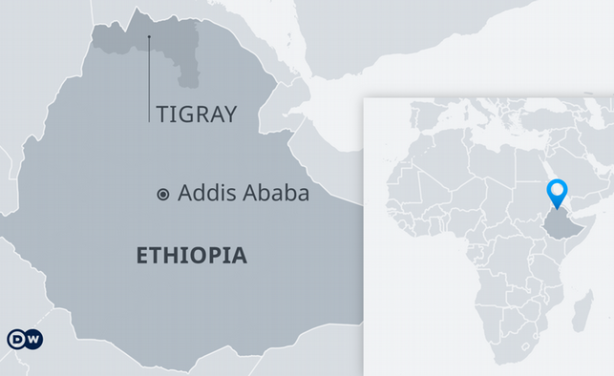 A map showing the Tigray region of Ethiopia.