Four Ugandan presidential candidates and the mayor of Kampala have suspended their election campaigns following the arrest of their colleagues Robert Kyagulanyi (Bobi Wine) and Patrick Amuriat. Kyagulanyi of the National Unity Platform is still being held by police while Amuriat of the Forum for Democratic Change has been released. Alliance for National Transformation candidate Mugisha Muntu, independent candidate John Katumba, Henry Tumukunde of Renewed Uganda, and Democratic Party presidential candidate Norbert Mao, have halted their campaigns. Kampala Lord Mayor Erias Lukwago has also indefinitely suspended his re-election campaign. Violent and deadly protests followed the arrests. Election analyst Crispin Kaheru says the chaos casts doubt on the credibilty of the electoral process, while human rights lawyer Nicholas Opiyo has called for a halt to "this charade of a campaign process". 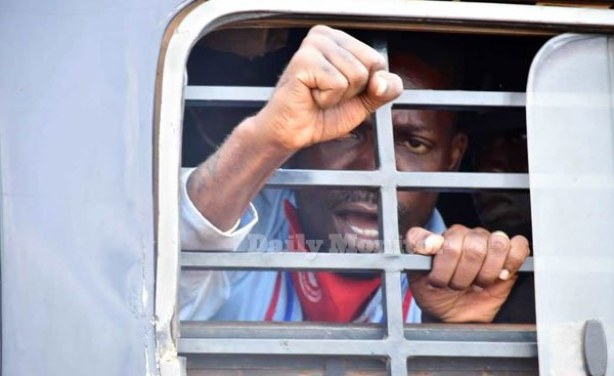 Bobi Wine in a police van after his arrest in Luuka District on November 18, 2020.