African Unions envoys meeting Friday with Prime Minister Abiy Ahmed Ali ended with no apparent progess towards averting an attack on Mekelle, capital of the northern Tigray region. Abiy has demanded that regional forces surrender and urged international actors not to intervene, saying Ethiopia is capable of resolving the situation internally.

The envoys, three former presidents - Liberia's Ellen Johnson Sirleaf, Mozambique's Joaquim Chissano and Kgalema Motlanthe from South Africa - have been seeking a negotiated solution for the conflict, which has already displaced 43,000 Ethiopians, according to UNHCR. In a statement after the meeting, Abiy expressed "utmost gratitude to President @CyrilRamaphosa & his Special Envoys for their concerted effort to understand our rule of law operations," he said in a Tweet. "Receiving the wisdom & counsel of respected African elders is a precious continental culture that we value greatly in Ethiopia." The African Union in a communique described the positions outlined by the prime minister but gave no indication of any further actions by the envoys. 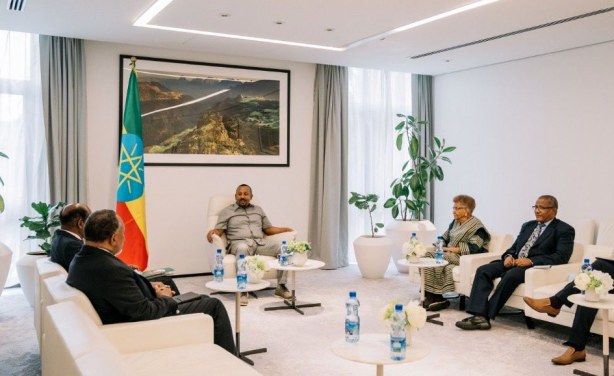 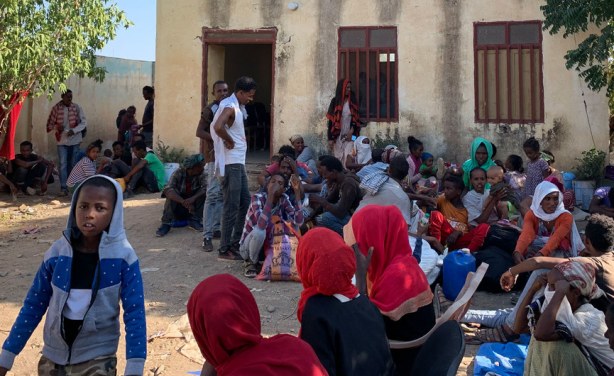 A group of people who have fled ongoing clashes in northern Ethiopia's Tigray region wait at a transit centre to cross into Sudan.

Is South Africa a Haven for Fugitive Genocide Suspects?
Labour