The African penguin population has declined by over 95% since the 1900s and by nearly 65% over the past 30 years. In the early 1900s, there were an estimated 1.5 million to 3 million African penguins inhabiting islands off the coast of southern Africa. By 2019, this had fallen to about 17,900 breeding pairs or 35,800 breeding individuals. One of the reasons behind this dramatic decline is habitat destruction. Guano, which African penguins use to build burrows, lay eggs and raise their chicks, was harvested at an industrial scale to be used as fertiliser. Consequently, penguins were forced to build open surface nests, which are more exposed to the weather and to predators such as kelp gulls. One way of protecting penguins has been to put artificial nests in colonies. In recent years, the conservation authority has raised concern about ectoparasites on penguins and their nests, and the health of chicks at some colonies. Ectoparasites can be bad for the birds' condition and transmit disease, writes Marcela Espinaze for The Conservation Africa. 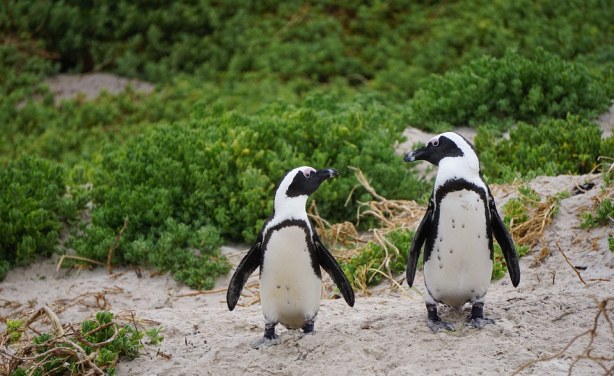