A new variant of the Sars-CoV-2 virus, which causes Covid-19, has been detected in South Africa, scientists have announced. Health Minister Zweli Mkhize and members of the country's Ministerial Advisory Committee on Covid-19 held a press briefing in which they described a new variant of the virus, known as 501.V2, and said it was fuelling South Africa's second wave of Covid-19 infections. A group of mutated viruses was discovered in Eastern Cape, Western Cape and KwaZulu-Natal provinces by the Network for Genomics Surveillance in South Africa. The minister said the findings had been shared with the World Health Organization and the scientific community at large. He said the mutation was a cause for concern, but there was no reason to panic. Professor Salim Abdool-Karim, who co-chairs the advisory committee, said the new variant appeared to be more potent and transmissible, "although it is unclear whether it will cause higher mortality rates or more severe illness". A new variant of the virus has also appeared in the United Kingdom, prompting many countries to ban travel from that country, but the two variations are not the same, according to the South African National Institute for Communicable Diseases. As of December 23, the UK has banned travel from South Africa. 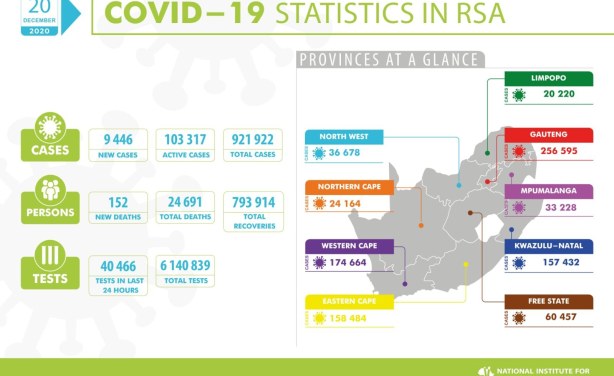