National Unity Platform presidential candidate Robert Kyagulanyi aka Bobi Wine has said he received information about a pending attack and the kidnapping of his children, explaining his reasons to fly his immediate family members out of Uganda. Social media has been buzzing after a photo and travel details of the Kyadondo East MP's children at Entebbe International Airport were leaked. In a statement, Wine reiterated that his family has been living in fear for the past three years after he announced he would challenge President Yoweri Museveni in the polls slated for January 14, 2021. "The regime propagandists should be very ashamed. In a free and democratic country, nobody should live in fear simply because they oppose the government in power. In a free country, a presidential candidate would never have to wear a bullet-proof jacket and helmet in order to go for campaigns! That is the country we are struggling to build. Gen Museveni should even be more ashamed that 35 years later, children have to yet again run away from their country over fears of vengeful attacks!," he said. His statement comes days after more than 120 of his supporters were arrested in Kalangala and charged in court. 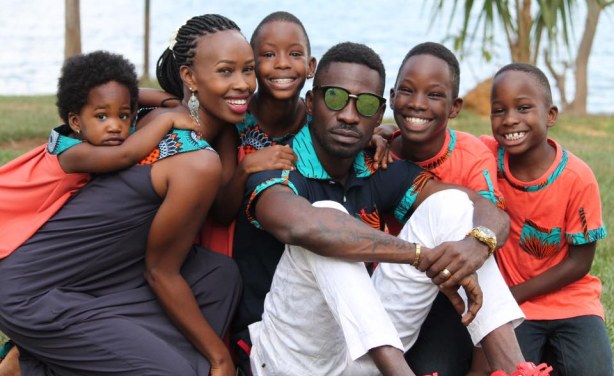