Africans are astonished at the disarray around the US seat of power -- especially those familiar with the playbooks of leaders who refuse to concede defeat, carry out coups or incite political violence.

For Zimbabwe especially, the developments at the US Capitol meant the shoe was suddenly on the other foot. The contentious issue of longstanding and crippling US sanctions on the southern African country threw up some irony, reports Benita Van Eyssen from Deutsche Welle. 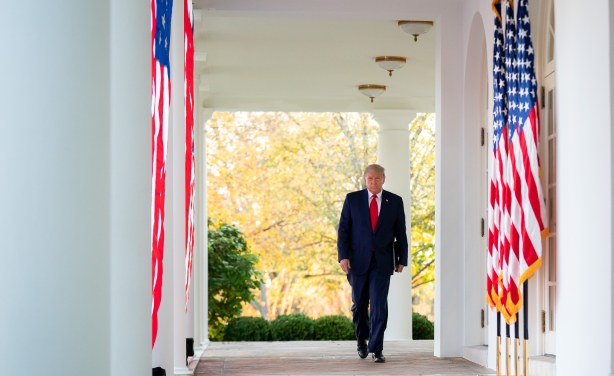 President Donald Trump in the White House on Friday, November 13, 2020.