According to Matthew Shupler in The Conversation, over three billion people worldwide are exposed to health-damaging, fine particulate matter air pollutants from smoke caused by traditional fires made within peoples' homes for cooking, heating and lighting.As part of the Prospective Urban and Rural Epidemiological (PURE) cohort, the PURE-AIR study was done in 120 rural communities in eight countries (Bangladesh, Chile, China, Colombia, India, Pakistan, Tanzania, and Zimbabwe). Polluting primary cooking fuels were used by 1,436 (57%) households. Wood was the most prevalent primary cooking fuel in African, south Asian, and South American countries. Open fires were most commonly used in Pakistan, Tanzania, Zimbabwe, and Colombia; mud stoves were most frequently used in India and Bangladesh; and manufactured chimney stoves were most prevalent in China and Chile. National governments should help entire communities switch to gas or electricity for cooking, to reduce the exposure to indoor air pollution, Shupler wrote. 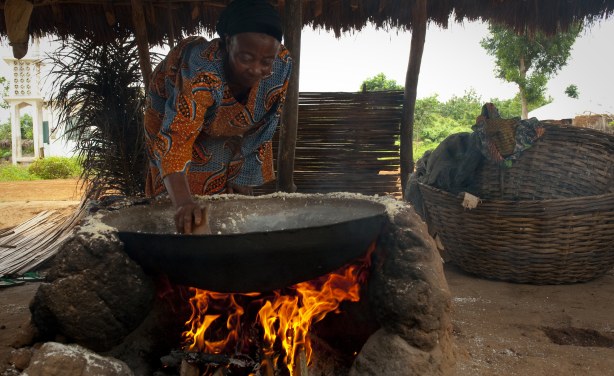