Kenya has reportedly made commendable progress in the HIV response as shown by the progressive decline in HIV prevalence among adults (15-49 years), even though the transmission rate is higher among the youth. Adolescent and young people contribute to 42% of the new HIV infections and are now listed as priority population. New HIV infections declined from 75,000 in 2010 to 41,416 in 2019, according to the Kenya AIDS Strategic Framework II report. Counties like Nandi, Baringo, Narok, Samburu, Uasin Gishu, Nakuru, Kajiado, Bomet, Marsabit, Kisumu, Kisii, and Trans Nzoia have taken a step backward as more people are testing positive. The report recommends an intensified focus to curb new HIV infections. 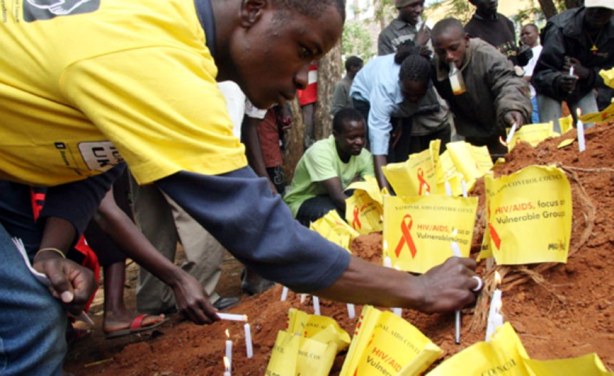 Members of the public light candles at a symbolic grave during World Aids Day (file photo).