Attacks by suspected Al-Shabaab fighters that has reportedly left death and destruction in  Mandera County, has raised questions about preparedness to fight terror attacks.  The North Eastern Regional Coordinator, Nicodemus Ndalana, has admitted that the militants have moved to the interior of the county, after dismissing earlier warnings by Mandera Governor Ali Roba that a security crisis was unfolding. On January 13, a telecommunications mast at Darkale was reportedly vandalised and the following day, armed residents at Didkuro in the west of Mandera, fought off the militants who attempted to destroy another mast in their area. 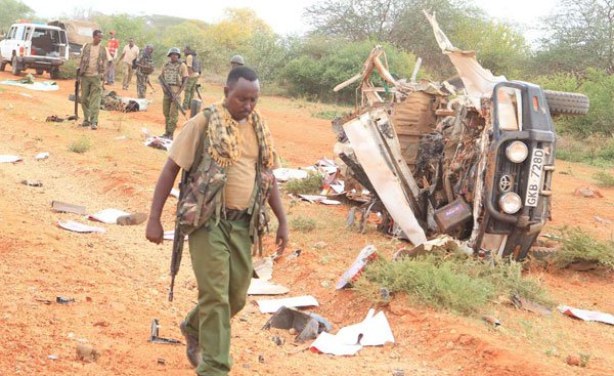 A site of an explosion in Mandera County (file photo).