At least 10 people have been killed and more than 30 other wounded after a car packed with explosives reportedly rammed into a popular restaurant in Somalia's capital. Police spokesman Sadiq Ali Adan has blamed the attack on the local Al-Shabab extremist group, which is linked to Al-Qaeda and often targets Mogadishu with bombings. At least one building near the restaurant collapsed after the blast and people were feared to be trapped in the rubble. 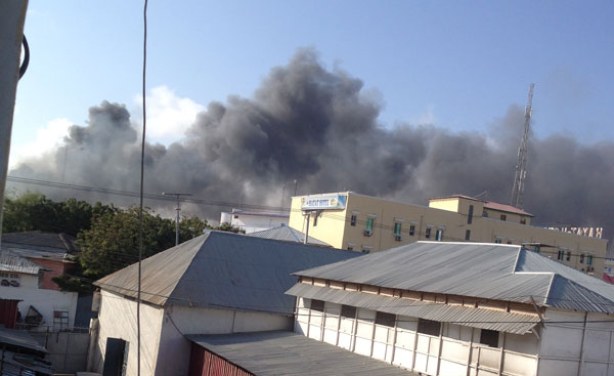