President Muhammadu Buhari has said that the government will use the full force of the military to end the deteriorating security situation that has disrupted schooling and farming in Nigeria. He added that his administration will be tougher on criminals and issued the warning that anyone found in possession of AK-47 weapons illegally, will be shot. The president expressed his dismay at attacks on police stations and the killings of security personnel, warning that the situation will impact on investor confidence. He also stressed the need for traditional rulers to use their roles and positions as bridge-builders in their communities, to complement government efforts at ensuring peace and security. The decade-long insurgency by Boko Haram militants, mass abductions by armed groups and violent attacks across several parts of the country, are all putting pressure on Buhari, who came to power in 2015 with a pledge to fight insecurity and improve safety in an oil-dependent economy. 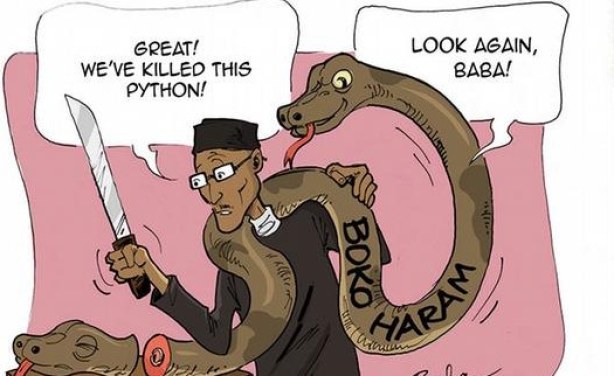