Kenya will no longer participate in the international maritime boundary dispute case with Somalia in protest at perceived bias and unwillingness of the court to accommodate requests to delay the hearings as a result of the Covid-19 pandemic, documents seen by The Nation show. The move comes at a time of deteriorating diplomatic relations between Nairobi and Mogadishu and places a big question mark on how any eventual decision will be enforced, should the proceedings continue with only Somalia's participation. The Kenyan government, which has objected to virtual proceedings, has asked the International Court of Justice to allow Attorney General Kihara Kariuki a 30-minute address to express its displeasure with the court's conduct before public hearings in the Indian Ocean boundary dispute between the neighbouring countries begin. 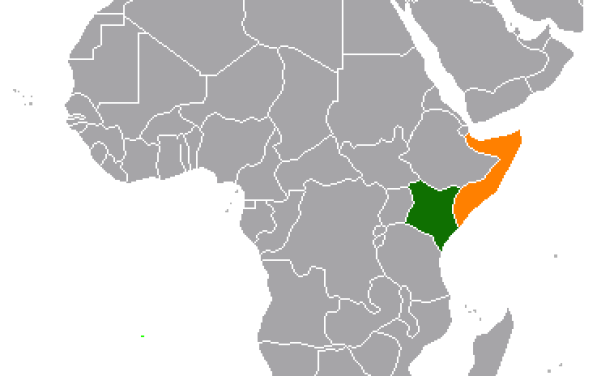 A map showing the location of Kenya (green) and Somalia (orange) (file photo).