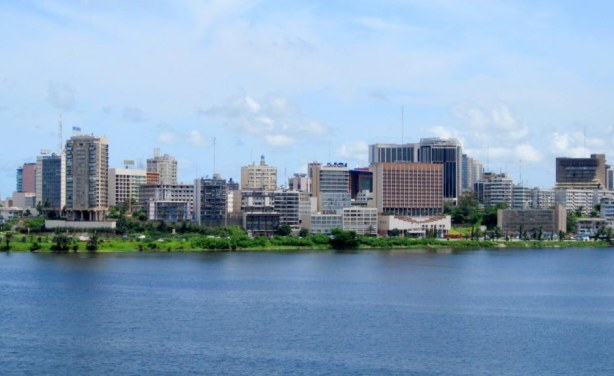 Vue of Plateau, a business area in Abidjan.