There's been widespread concern in Kenya over the shrinking of green spaces in Nairobi, the capital city. Most recently, there was an uproar over the construction of a raised highway. This resulted in the felling of hundreds of trees, though protests managed to save a 100-year-old fig tree. It was also proposed that part of the highway run through Uhuru Park - one of the city's few recreational parks. Protests successfully diverted the highway to the park's outskirts, but development still threatens the city's few remaining spaces. Another area of concern is the high levels of competent disease carriers near humans that is a huge risk to public health. The current response to Covid-19 has shown that the ability to limit the spread of a disease depends upon good public health infrastructure. Developing this infrastructure, while more studies are conducted to assess the risk of zoonotic disease transmission, is crucial, writes Eric Fèvre and James Hassell for The Conversation. 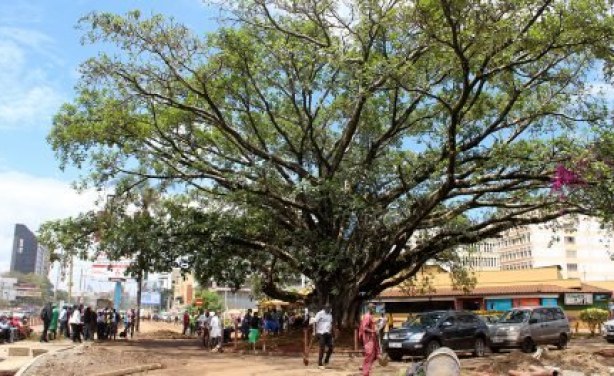 The iconic Sycamore fig tree saved from being felled to make way for the Nairobi Expressway (file photo).