Some African leaders have described late President Magufuli as a "true patriot" who dedicated his "tireless efforts" to develop Tanzania and the African continent. But not everyone saw him that way. Opposition leader Tundi Lissu described him as a dictator. Magufuli came into office in 2015, with great promise. He fought corruption and incompetence in the bureaucracy and re-channeled wasted government revenue into essential services such as hospitals. But over the years he became increasingly autocratic, centralising power and repressing criticism and opposition from political parties, media, and civil society. A 2018 law imposed jail terms just for questioning the accuracy of official statistics. Peter Fabricius, for the Institute of Security Studies, says on democracy, he clearly failed. On economics, his record was more ambiguous. Magufuli clamped down on foreign corporations, particularly mining houses, accusing them of stealing Tanzania's wealth. He imposed strict measures, especially on foreign mining companies, to force them to share more of Tanzania's natural resources. This "resource nationalism" was popular at home, and the government arguably used the proceeds to fund more public infrastructure. But to many critics, Magufuli's legacy will be shaped mainly by his last year in office, when he failed to control a runaway Covid-19 pandemic by essentially denying its power, if not its very existence. Magufuli, who died on March 17, 2021, has been buried at his home in Chato in Geita Region. 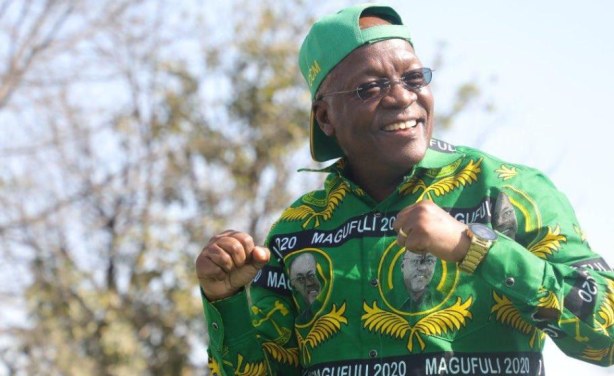