Southern African leaders have issued a joint statement of concern about ongoing extremist violence in northern Mozambique, which has left thousands of people dead and displaced many more. The presidents of Botswana, Malawi, South Africa and Zimbabwe met with President Filipe Nyusi in the Mozambican capital of Maputo to seek solutions to an insurgency that threatens stability in the region. The leaders "noted with concern the acts of terrorism perpetrated against innocent civilians, women and children" in the Cabo Delgado province and "condemned the terrorist attacks in strongest terms; and affirmed that such heinous attacks cannot be allowed to continue," according to a press release. The leaders, who met as part of the 16-nation Southern African Development Community (SADC), said they would convene for another crisis summit on April 29 to consider a "proportionate regional response" to the violence. No further details of counterterrorism measures were provided, although team of technical experts will be sent to northern Mozambique to assess the situation and recommend measures the SADC could take, Deutsche Welle reports.

The summit comes after 12 people, possibly foreigners, were beheaded in the port town of Palma in Cabo Delgado. A day before the beheadings, Nyusi declared government forces had regained control of Palma. More than 100 insurgents attacked Palma on March 24. At least 50 people were killed over 10 days of fighting. Thousands fled the town, which had more than 70,000 residents before the attack. 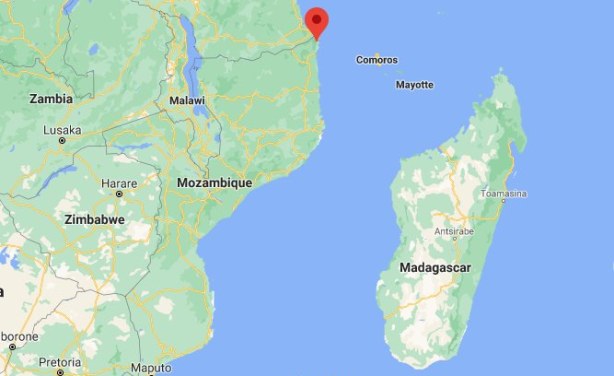 A map showing the location of Palma in northern Mozambique.