Ugandan authorities have continued to restrict the rights to freedom of expression, peaceful assembly and association, with security forces using excessive and unnecessary lethal force to kill Ugandans, according to Amnesty International's The State of World's Human Rights 2020/2021 report which says that at least 66 people were killed by security forces from March to December 2020. "Security forces, including police, military and members of the armed civilian defence force - the Local Defence Unit - used excessive, unnecessary, and in some cases lethal force while enforcing physical distancing and other measures, introduced to contain the spread of Covid-19," the report reads.

The report comes a week after the U.S. State Department released their own report, pinning similar abuses and violations on the Ugandan security forces. This report said that opposition political members, activists, journalists and others were arrested, detained and faced prosecution for exercising their rights to freedom of peaceful assembly, expression and association. The report also faulted the electoral commission for enacting a roadmap under Covid-19 guidelines, which it said, were selectively applied to target opposition politicians. 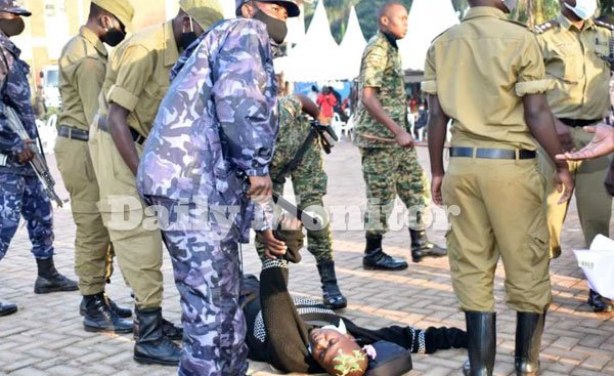