The impacts of climate change on nations, such as drought, flash floods, erratic rainfall, disruption to the monsoon seasons, strong winds, cyclones, sandstorms, dust storms and increasing temperatures, are being experienced across Somalia. These effects are affecting livelihoods, and contributing to local grievances and community tensions. Some of these insights and conclusions were reached, based on a special report done by the Somali government in 2013. Climatic changes such as drought fuel herder-farmer conflicts because settled communities and livestock herders must compete for fewer resources. In 2019, 53,000 people were forced from their homes due to crop failure and reduced livestock profitability due to drought. They joined an estimated 2,6 million Somalis already displaced by other factors like conflict. These factors combined increase the risks of violent conflict. Studies have not found a direct causal link between climate change and conflict. Rather, researchers argue that climate change may exert an indirect and conditional effect on conflict risk. Thus, research which was compiled by the Norwegian Institute of International Affairs and the Stockholm International Peace Research Institute, examines the intersection between climate, peace and security in Somalia. It is part of an ongoing project which aims to generate actionable information and analysis on climate-related peace and security risks for selected countries and regions, writes Andrew E. Yaw Tchie, Senior Research Fellow at the Norwegian Institute of International Affairs. 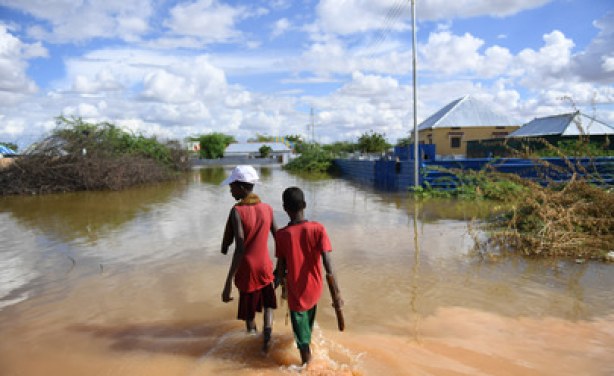