Kenyans are preparing to amend the country's 2010 constitution, with a referendum tentatively scheduled for June 2021. The amendments focus on ensuring shared prosperity, managing ethnic diversity, and avoiding divisive elections. They were first proposed in the Building Bridges Initiative report, which came about after the country's election stalemate of 2017. After two rejected polls, increasing tensions and pockets of violence, opposition leader Raila Odinga and presidential victor Uhuru Kenyatta shook hands in March 2018 and agreed to work together under what they called, the Building Bridges Initiative. Recognition allows groups to know how they are doing compared to others through metrics like group-based statistics. This brings issues pertaining to inequality or exclusion out of the sphere of rumour and speculation. In addition, group-based rights such as representation quotas dampen fears that one group will dominate state institutions, writes Cyrus D Samii and Elisabeth King for The Conversation Africa. 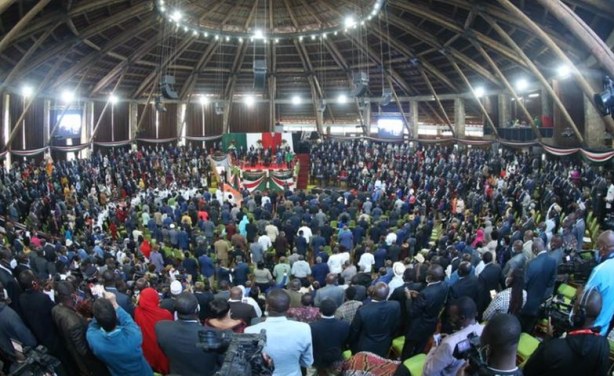 Member of the public attend the launch of the Building Bridges Initiative report at Bomas of Kenya in Nairobi (file photo).