The United Nations Children's Fund (UNICEF) says that the conflict in Ethiopia's northern Tigray province is stripping tens of thousands of children of their rights, plunging them into a protection crisis that is causing them unimaginable long-lasting harm. UNICEF spokesman James Elder, who has just returned from a visit to Tigray, says his agency's fears for the welfare of children expressed at the onset of the conflict nearly six months ago  are now being realized. "The personal stories I received from children who had been raped or testimonies of women who were victims of sexual violence were harrowing...," he said. Elder said authorities must publicly denounce the attacks and hold the perpetrators accountable. He said UNICEF is providing medical and psychosocial support to the survivors of sexual assault

Last November, fighters from the Tigray People's Liberation Front attacked army bases in the region, according to the federal government. The attack, Ethiopia's Prime Minister Abiy Ahmed said, prompted his government to launch a military offensive to push the group out. 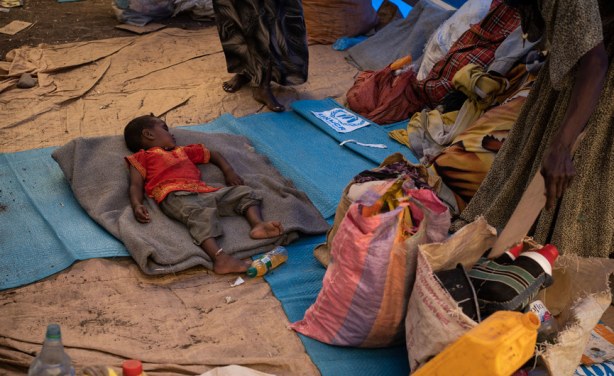 A young Ethiopian refugee sleeps on a mattress at a transit site in Hamdayet, Sudan.