French President Emmanuel Macron, President Alpha Condé and several other African heads of state attended Déby's funeral, as the rebels called a temporary ceasefire to allow the ceremony to take place. The Front for Change and Concord in Chad (FACT) - formed by dissident army officers in 2016 - reported that their command centre had been bombed in an attempt to kill their leader, Mahamat Mahadi Ali. The rebels have since swept south across the desert from their bases in Libya towards N'Djaména and said they were around 200-300 km from the Chadian capital. Macron held talks with Chad's military council headed by Déby's son, Mahamat Idriss Déby, who took power after his father died. The 37-year-old, who holds the rank of general, said the army will hold democratic elections in 18 months. Opposition leaders have condemned Mahamat's takeover as a coup and have called for acts of civil disobedience, while an army general said many officers were opposed to the transition plan. Idriss Déby who ruled since 1990, was declared the winner in the first round of the country's presidential electon held on April 11, 2021. He was killed shortly afer the election reportedly by rebels opposing his 30 year rule. 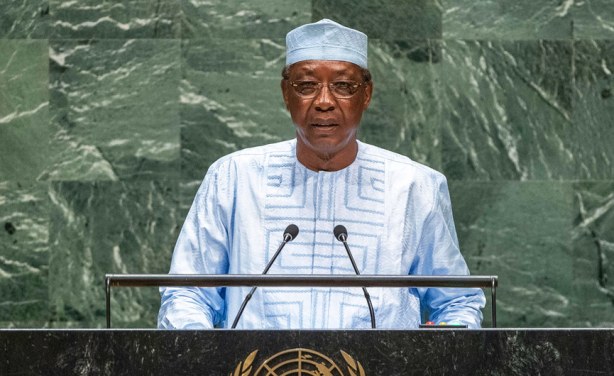