Court of Appeal Judge Martha Koome has been selected to succeed Chief Justice David Maraga as Kenya's 15th Chief Justice. Her name was submitted to President Uhuru Kenyatta for approval and he has in turn forwarded her nomination to the national assembly for vetting. Koome came out tops among nine other candidates who expressed interest in the position, which was left vacant following Maraga's retirement in January 2021, at the age of 70. Koome becomes the third chief justice to go through an open and transparent recruitment process, since the enactment of the current constitution. 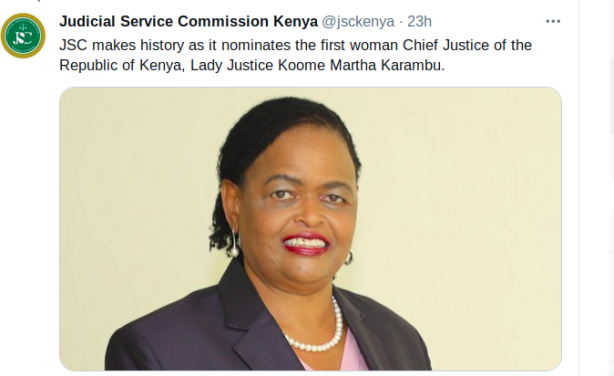