Persistent drought in southern Madagascar has left hundreds of thousands of people on the brink of famine and stoked acute malnutrition among children, the United Nations World Food Programme (WFP) has warned. Five consecutive years of drought, exacerbated by unexpected sandstorms, have depleted people's food stocks, forcing them to resort to desperate measures to survive. The WFP senior director of operations in Madagascar, Amer Daoudi, has said that malnutrition is soaring to alarming levels, putting the lives of many children under age five at risk. While on a diplomatic and governmental tour of the region, he said he saw horrific images of starving, malnourished and stunted children. WFP is asking for U.S.$74 million immediately to cover the needs of hundreds of thousands of starving people over the next few months. 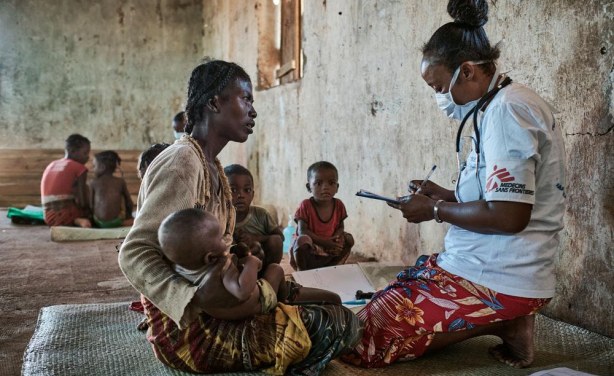 42-year old Vitasoa has six children. She’s brought four of them to the Médecins Sans Frontières mobile clinic. All the children are included in the nutrition programme launched at the end of March to respond to the food and nutrition emergency in southern Madagascar. 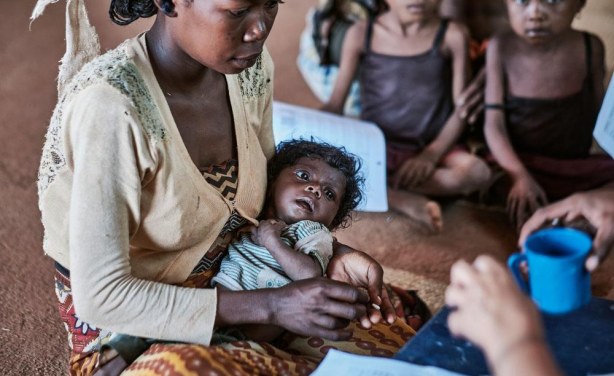 The first medications are ingested directly during the consultation with the provider. The provider explains the various medications and their dosage to ensure that the information is understood and that the next course of treatment is taken correctly.