The Ethiopian Political Parties Joint Council urged European Union to reconsider its stance and observe the 6th Ethiopian general elections, The Ethiopian Herald reports. Briefing journalists after a two-day consultative meeting with its members, Council Chairperson Rahel Batie said that the contending political parties have made in-depth discussion to make the upcoming pre, during and post-election processes peaceful, fair and to receive trust of all parties.

The political parties finally agreed to participate in the election through making themselves accountable and responsible, work to ensure solidarity among Ethiopians and the government is also expected to make the election free and fair and a foundation for democratization in Ethiopia. 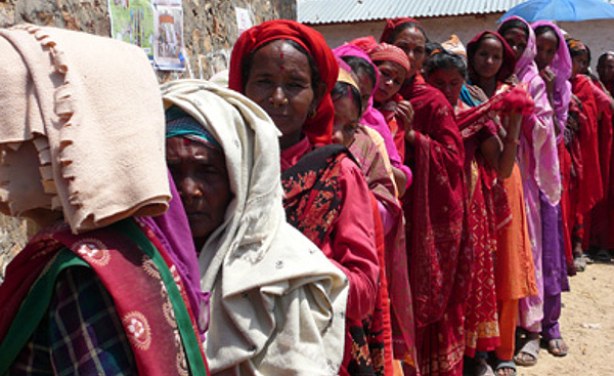 Voters at the polls (file photo).