The ongoing heavy downpour has left over 800 families homeless for close to a month, after the Kuja river broke its banks, flooding several villages in Kenya. Compounded by the backflow from Lake Victoria, the villages of Angugo, Nyora, Modi and Lwanda are uninhabitable. Transport services were cut off between Kanyamkago in Migori County and Kanyikela in Homa Bay County after a bridge that connects the two areas collapsed. The Oria-Riat bridge on Kuja river collapsed on May 12, 2021 with no casualities reported. Meanwhile, the UN has warned that Somalia faces a perilous future as drought, followed by torrential rains has destroyed this year's planting season. The Rwandan government has started providing food and temporary shelter among other support, to families affected by the recent heavy rains across the country. 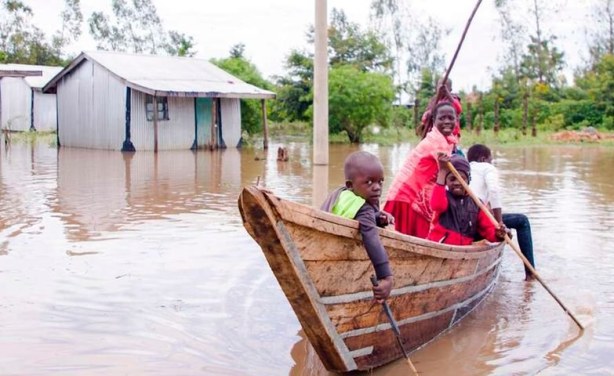 Children use a boat in the flooded Kenyan village of Kakola Ombaka on May 12, 2021.