Aisha Musa Alsaeed, the representative of the Alliance of Civilian Forces resigned as a member of the Sovereignty Council on May 12, 2021, in protest at the army's attack on thousands of persons paying tribute to the martyrs of the revolution. The Alliance hails Musa's "courageous resignation" in which she announced her condemnation of all forms of killing and suppression faced by the Sudanese people. Musa also condemned the failure of concerned bodies to dispense their duties, as well as the weak role played by the Sovereignty Council, which she said is "dominated by a single component that continued to impose its own agenda, serving its own purposes and deferring what serves the interests of the nation and the revolution, such as the formation of the Constitutional Court."

On June 3, 2019, two days before the end of Ramadan, the large sit-in at the army command, was broken up with excessive violence. More than 127 protesters were reportedly killed, with forty bodies found floating in the Nile. More than 700 others sustained injuries, and at least 100 people went missing in the massacre. 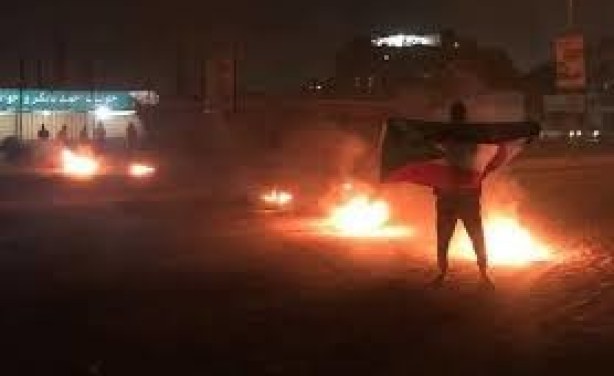 A protester holds a Sudanese flag at a street blockade in Omdurman (file photo).