Spain's prime minister flew to the country's North African enclave on Tuesday May 18, 2021 to contain a migration crisis with neighbouring Morocco after 6,000 migrants swam or walked over the border, Voice of America reports. Spain deployed troops and extra police to repel crowds who were trying to get around security fences from Morocco into the tiny Spanish territory of Ceuta. Videos emerged that appeared to show Moroccan soldiers opening security gates to let migrants through to the Spanish port city.

Amnesty International (AI) has denounced the mistreatment of migrants by Spanish security forces and the army. The human rights organisation says numerous people - including children - have been subjected to violence, including being thrown into the sea. "It appears that migrants are being used as pawns in a political game between Morocco and Spain," AI says.

VOA quotes experts as suggesting that the huge influx, which includes entire families, is an attempt by Morocco to pressure Spain to alter its policy toward Western Sahara, the disputed territory to which Rabat lays claim. Morocco and Spain have been mired in a diplomatic dispute over the presence in Spain of a Polisario Front leader, whose movement has fought for the independence of Western Sahara. 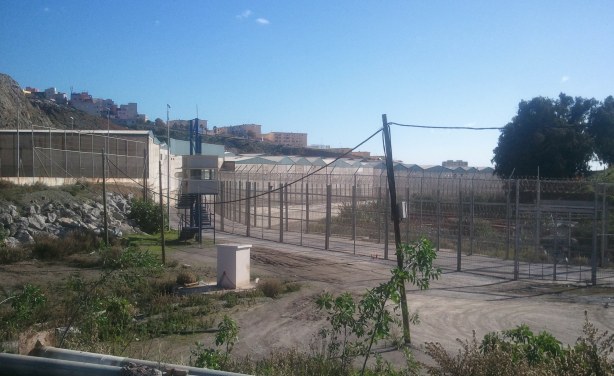 The fence on the border between the Spanish autonomous city of Ceuta and Morocco (file image).