The United States has announced restrictions on economic and security assistance provided to Ethiopia over fighting in Tigray. Visas will also not be issued to those thought responsible for the crisis. U.S. Secretary of State Antony Blinken said on Sunday that the actions by the United States are to press for the resolution of the crisis in the Tigray region of Ethiopia. Restrictions were also placed on Ethiopian and Eritrean officials accused of contributing to the six-month-old war in Tigray. Thousands of people were killed and hundreds of thousands more forced from their homes in the Tigray region since November when Prime Minister Abiy Ahmed Ali sent troops in, and Tigray People's Liberation Front (TPLF) launched an attack on the army. The TPLF, which has split from Ethiopia's now-ruling coalition, was once the country's dominant party and carried out an extended war with neighbouring Eritrea. Abiy has since been accused of siding with Eritrean forces to pursue the now-fugitive leaders of the TPLF. 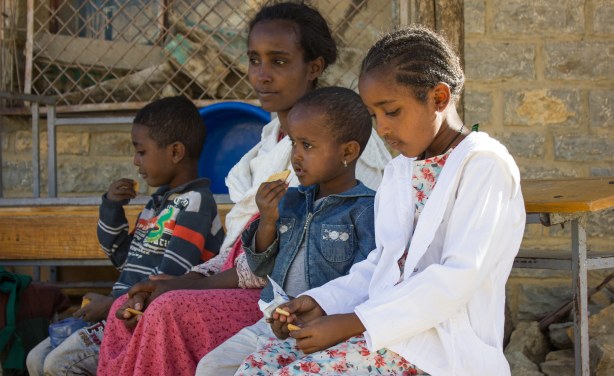 A family displaced from Tigray's western zone who received emergency nutrition from Unicef.