President Hage Geingob says ruling party leaders who are calling for him to step down are "copycats" of the South African system, since he cannot be impeached through congress. Former Swapo leaders such as former prime minister Nahas Angula have since 2020 called for Geingob and the current Swapo leadership to resign, due to being elected through Fishrot-funded campaigns. Former minister of home affairs Pendukeni Iivula-Ithana has also expressed dissatisfaction with the current Swapo leadership. The fishing scandal continues to be a thorn in Geingob's flesh. Facing a key party congress, top officials in Swapo allegedly used money from Fishrot to buy votes for Geingob at the 2017 congress. However, Geingob insisted that he and Swapo are not at fault.

In November 2019, WikiLeaks began publishing what it called the Fishrot Files, a collection of thousands of documents and email communications by employees of one of Iceland's largest fish industry companies, Samherji, that indicated that the company had paid hundreds of millions to high ranking politicians and officials in Namibia, to acquire the country's coveted fishing quotas. 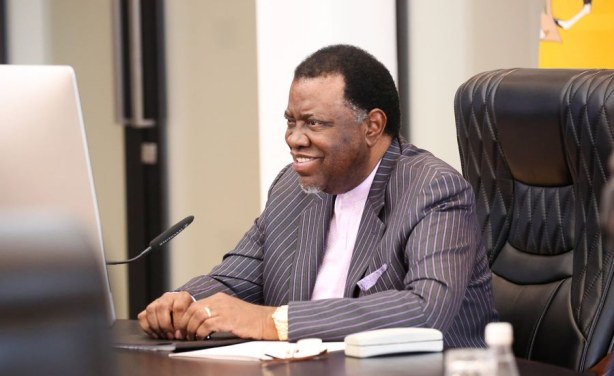