Climate change will increase the risk of pests spreading in agricultural and forestry ecosystems, especially in cooler Arctic, boreal, temperate and subtropical regions, according to a scientific review released by the Food and Agriculture Organisation (FAO). For example, a single, unusually warm winter may be enough to assist the establishment of invasive pests. FAO estimates that annually up to 40% of global crop production is lost to pests.

Each year, plant diseases cost the global economy over U.S.$220 billion, and invasive insects at least U.S.$70 billion. Some pests, like fall army worm (which feeds on a growing number of crops, including maize, sorghum, millet) and Tephritid fruit flies which damages fruit and other crops, have already spread due to warmer climes. Others, such as the desert locust, the world's most destructive migratory pest, are expected to change their migratory routes and geographical distribution because of climate change. 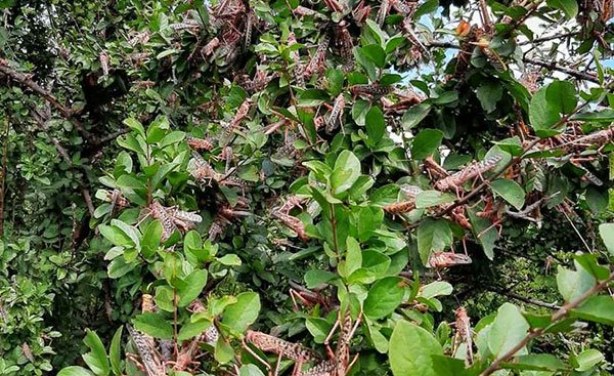 Some of the desert locusts which have invaded Gurar in Kenya's Wajir North (file photo).