French-Senegalese writer, David Diop, has been awarded this year's prestigious International Booker Prize for his debut novel At Night All Blood Is Black. The book tells the story of a Senegalese soldier who descends into madness while fighting for France in WWI. Diop shares the prize with his translator Anna Moschovakis, who translated the work from its original French.

The International Booker Prize is awarded annually to a single book that is translated to English and published in either the UK or Ireland. Previous winners include British-Nigerian writer Bernadine Evaristo who became the first-ever Black woman to be awarded the prize in 2019. Diop was initially longlisted for the prize alongside veteran Kenyan author Ngugi wa Thiong'o, for his novel The Perfect Nine - the first-ever entry written in the indigenous African language, Gikuyu. 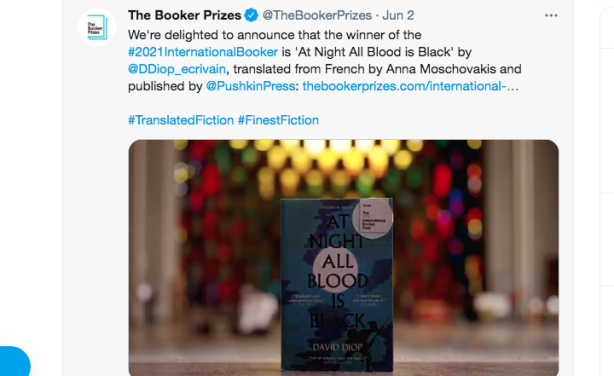 The announcement that David Diop won the International Booker prize.