When the Zim Shanghai arrived at pier 108 in Durban's container terminal on 20 May. It planned to offload 2,455 containers and load 2,545, just as the onslaught of Israeli attacks against Gaza paused in a ceasefire. But it looked as though the docking and loading would not happen. Thulani Dlamini, Satawu's maritime national sector coordinator, announced that no Israeli ships would receive any service at South African ports. "Total liberation of Palestinian people or Israeli ships will find it increasingly difficult to dock at our ports," said Dlamini.

In the past, unions, particularly the dock unions, acted in solidarity with oppressed people internationally, irrespective of the African National Congress government's stance.  Organising solidarity with Palestine has exposed the rifts in workers' unity and the shifting character of trade unions in postapartheid South Africa, write Motingoe Lwandle, David Hemson and Anastasya Eliseeva for New Frame.

This comes as Ilan Baruch and Alon Liel - both of whom served as Israeli ambassadors to South Africa - said: "The bantustans of South Africa under the apartheid regime and the map of the occupied Palestinian territories today are predicated on the same idea of concentrating the "undesirable" population in as small an area as possible ... By gradually driving these populations from their land and concentrating them into dense and fractured pockets, both South Africa then and Israel today worked to thwart political autonomy and true democracy." 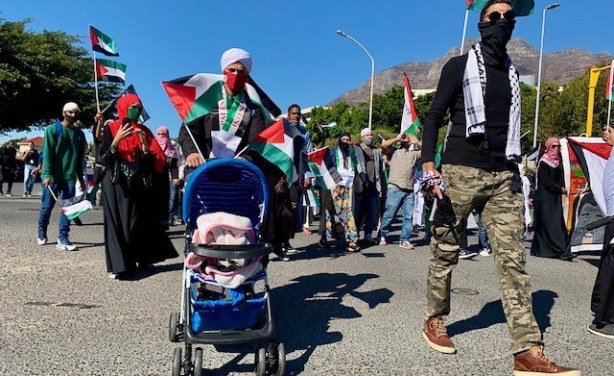