The fast-changing political landscape is putting more pressure on bigwigs jostling to succeed President Uhuru Kenyatta as to their choice of running mate. Orange Democratic Movement leader Raila Odinga and Wiper's Kalonzo Musyoka who ran on a joint ticket in 2013 and 2017, and who had a falling-out after Odinga's truce with President Kenyatta, signalled a reunion, with the dilemma now on who will play second fiddle.

Musyoka alongside fellow National Super Alliance leaders Musalia Mudavadi and Moses Wetang'ula have insisted Odinga honours a deal sealed in the run-up to the last elections committing not to vie for the presidency again, but the former prime minister's allies believe he has the best chance yet.

A Jubilee Party governor told The Nation that should President Kenyatta manage to whip up a planned alliance behind Odinga's presidential candidature, "the likelihood is there that he would pick his running mate from Mt Kenya region", writes Justus Ochieng' for The Nation. 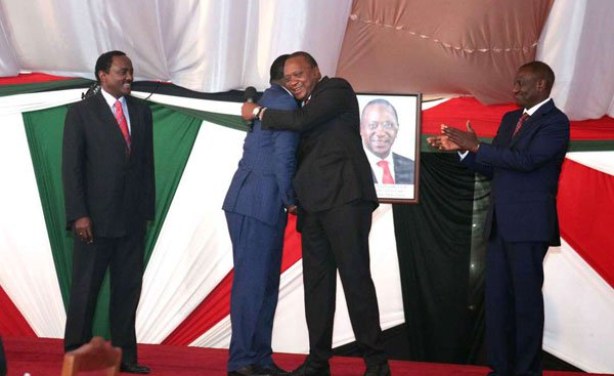