International prosecutor Serge Brammertz has accused South Africa of protecting Fulgence Kayishema, a Rwandan genocide suspect who has been on the run for decades, writes Ephrem Rugiririza for JusticeInfo.net.

This is not the first time that Brammertz accused South Africa of failing to meet its judicial cooperation obligations. On June 8, 2021, the Belgian prosecutor of the UN Mechanism charged with carrying out residual functions of the International Criminal Tribunals for former Yugoslavia and Rwanda really got tough with Pretoria. "As it stands today, South African authorities are effectively sending the message that their country is a safe haven for fugitive génocidaires," he told the UN Security Council.

The international prosecutor accuses Kayishema of having "played an important role in the 16 April 1994 massacre at Nyange Church. In the days leading up to the massacre, 2,000 Tutsi civilians - women, men, children and elderly - sought refuge in the church. Initially, militias surrounded the church and launched an attack, including throwing hand grenades into the packed building. While many were wounded and killed, the refugees resisted, forcing the attackers to retreat. Determined to murder these innocent civilians, local leaders, including Kayishema, brought a bulldozer to the church grounds. In an act of unimaginable brutality and sacrilege, the bulldozer was used to demolish the church with the refugees still inside. More than 1,500 were crushed to death. Survivors who escaped were hunted down and killed."

Born in Kivumu, in Kibuye, Rwanda, Kayishema, was the inspector of the judicial police there at the time of the genocide. He was indicted by the  International Criminal Tribunal for Rwanda for genocide, complicity in genocide, conspiracy to commit genocide and extermination as a crime against humanity, committed in Kivumu commune, Kibuye préfecture between 6 and 20 April 1994, when he was police inspector. 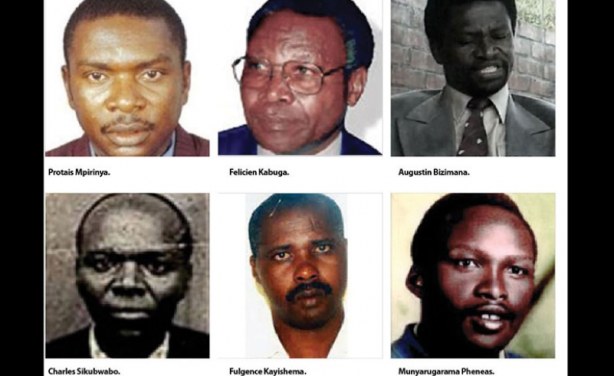