Four former "wives" of the Lord's Resistance Army (LRA) commander, Dominic Ongwen got to know each other well after escaping the LRA and helped each other through their difficulties. They found such comfort in each other that they decided to live together and began renting a tin-roofed house on the outskirts of Gulu. Having felt shunned and misunderstood for so long, even by the communities they thought would welcome them back with open arms, the women are finally part of a supportive family.

After decades of trauma, Ongwen's four "ex-wives" are looking for compensation and institutional recognition in what can be a complex system to navigate.

No amount of organisational support, however, will replicate the immense emotional support they can provide each other. Having long felt deeply alone and rejected, they have found solace in each other's company. They still face significant economic and social challenges, but for the first time in years, they are beginning to look to the future, writes John Okot for African Arguments.

Ongwen was sentenced to 25 years in jail for war crimes and crimes against humanity by the International Criminal Court. The former child soldier who became a commander of the notorious LRA was convicted in February of 61 crimes including rape, sexual enslavement, child abductions, torture and murder. 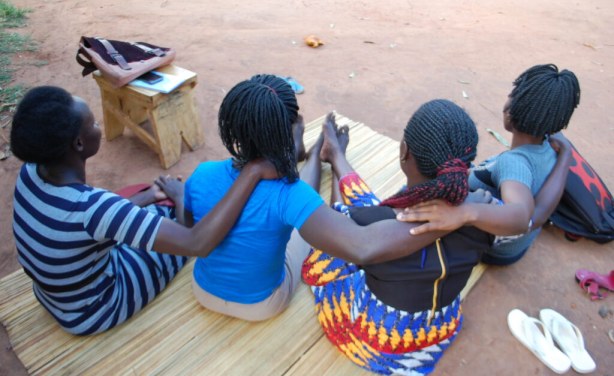