German Foreign Minister Heiko Maas has repeated his call for the withdrawal of foreign fighters and weapons from Libya. Maas said he was hopeful that the second internationally-backed Libya talks in Berlin will boost the transitional government so that Libyans "can take the fate of their country into their own hands." U.S. Foreign Secretary Anthony Blinken attended the talks, as part of a short trip to Europe. He is the highest-ranking U.S. official to take part in the Berlin Conference on Libya.

Alongside key foreign players, Maas underlined the role that Libyans themselves should be allowed to take in this new phase of the talks where they "will not just talk about Libya, but with Libyans about the future of their country."

Libya was dragged into a bitter civil war in 2011 as different political groups battled it out in the power vacuum left by the overthrow of late leader Muammar Gaddafi. 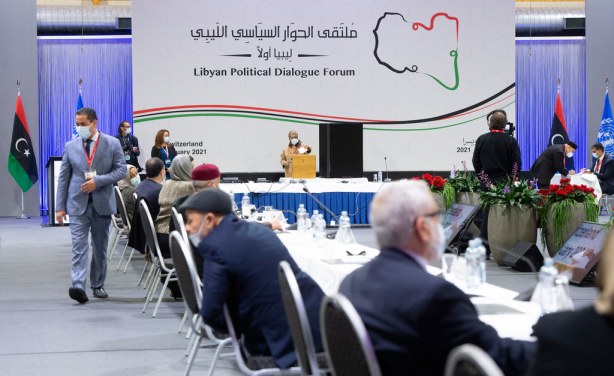 Participants in the German forum on Libya.