Lagos Head of Service, Hakeem Muri-Okunola, told the Lagos State Judicial Panel that most of the injuries recorded in the aftermath of the shootings at the Lekki Tollgate and environs, were predominantly fractures, machete wounds, and minor cuts. In his testimony, Muri-Okunola noted that there has been controversy about the actual number of alleged deaths at the Lekki Tollgate incident.

There are still controversies over the role of the army in the shooting at the tollgate, when soldiers allegedly opened fire on unarmed protesters. At a hearing on November 2020, the army said that soldiers fired live ammunition but that no one was killed. The position contradicted the army's earlier claim that soldiers had nothing to do with the shootings. The army has since stopped appearing before the panel.

In October 2020, thousands of people took to the streets under the slogan #EndSARS to protest against the Special Anti-Robbery Squad, whom they accused of murder, torture, and extortion. Several protesters have appeared before the judicial panel to give evidence that many people were killed at the Lekki Tollgate and many others injured. Amnesty International has accused Nigerian authorities of a cover-up in the Lekki Tollgate deaths. 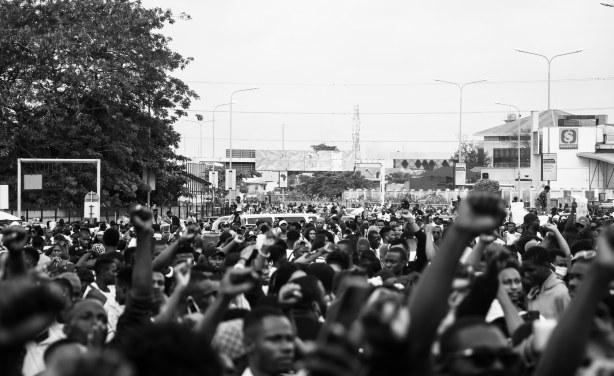