The Life Esidimeni crisis made headlines in 2015 when the deaths of 143 mental health patients who were transferred to 27 unlicensed NGOs were reported.

Six years after the Life Esidimeni tragedy unfolded in Gauteng Province, an inquest into the circumstances under which more than a thousand psychiatric patients were moved into the care of NGOs and about 144 died, is set to start in the North Gauteng High Court in July 2021. Meanwhile, some mental health NGOs and activists maintain that the Gauteng Department of Health is still short-changing mental health services and that systemic challenges remain, writes Thabo Molelekwa for Spotlight.

Lee-Ann Scholtz, the manager of the Ebenezer Psychiatric Home in Roodepoort a town in Gauteng Province, says that the main issue between NGOs and the Department of Health is how they are paid. She says they are often paid six to eight weeks after they submitted their claims. Many are unhappy with this because it means that in this period while waiting for the payments, they go into debt to provide services. "That means eight weeks of spending money that we also don't have. Where must we get it from? There is rent, rates, and taxes, operational costs, we have staff that needs to be paid, " Scholtz says. 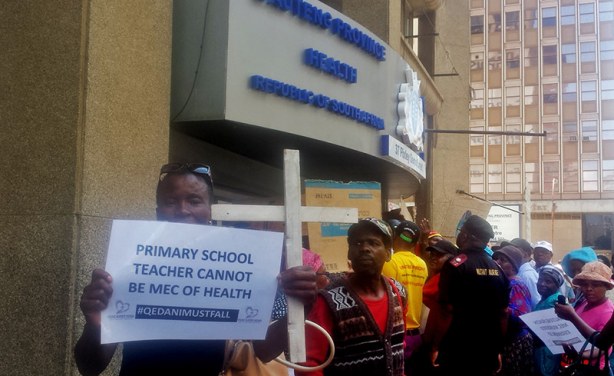