The Malawi government has announced a goal to eliminate malaria, a leading cause of death in the country, by 2030. Speaking during a televised launch of a nationwide anti-malaria initiative known as 'Zero Malaria Starts with Me' campaign, President Lazarus Chakwera said statistics on malaria infection in the country are worrying. He said malaria contributed about 36% of all out-patient department cases and 15% of all hospital admissions in Malawi. The president announced what he called the "ten commandments" which would help in preventing the spread of the disease. These include, clearing all breeding grounds of  mosquitoes, timely taking of prescribed malaria medication and sleeping under a mosquito net.

In April 2019, Malawi became the first country in the world to introduce the malaria vaccine into its childhood immunisation programme, followed by Ghana and then Kenya. The WHO chose Malawi, alongside Ghana and Kenya, because of the high numbers of malaria cases and treatment facilities, in a pilot phase that aims to vaccinate 360,000 children per year, 120,000 of whom are in Malawi. 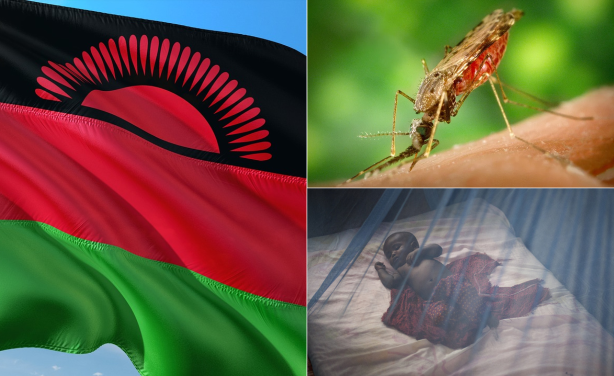