A bomb blast killed dozens of people on Tuesday (June 22, 2021) at a market in Ethiopia's Tigray region. The bomb went off in the town of Togogwa (or Togogo), west of regional capital Mekelle at about 1pm local time. Voice of America reports that there were conflicting reports on whether the blast was the result of a plane dropping a bomb or artillery shells hitting the market. Local medical officials are quoted as saying that at least 43 people were killed, with dozens of others wounded.

Wikipedia says that the town of Togogwa is in the Debre Nazret tabia or municipality in Tigray. It says Togogwa holds a few administrative offices, a health post, a primary and secondary school, and some small shops. Tuesday is market day.

Tigray has been embroiled in conflict since November 2020.

Thousands of people have been killed and some 2 million others have fled their homes to escape the violence since fighting erupted. 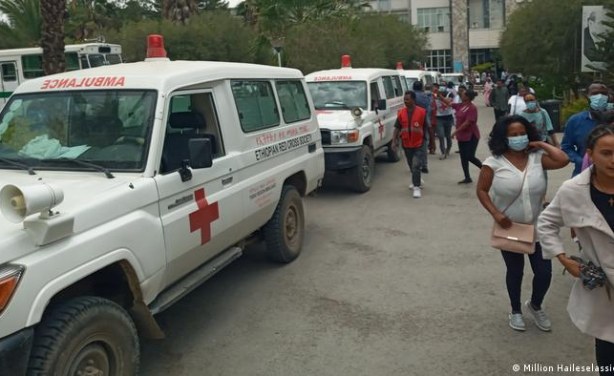