As the largest land animals alive, you'd probably expect elephants to eat a lot. And you'd be right, the number of calories one elephant can eat in a day could sustain a person for months.

The amount of food they eat depends on various factors, like their environment, food availability, and other biological needs. In hot areas, an elephant drinks more water than an elephant living in a reasonably average temperate region. In some places, elephants have to struggle in search of water. In those cases, they drink a huge amount of water to compensate for the loss of hydration.

However, because it's difficult to track animals in thick forest, little is known about the movements of the African forest elephant. This is troubling as poaching of forest elephants for their ivory as well as habitat fragmentation have decimated their populations over the past two decades from 700,000 to fewer than 150,000. On top of this, climate change might be reducing the availability of fruit in the forest, potentially leading to elephant famine.

Gabon holds 50% of Africa's remaining forest elephants. In 2017, the Gabon Parks Agency initiated an elephant GPS collaring programme to improve the understanding of forest elephant movements and guide their management and more. 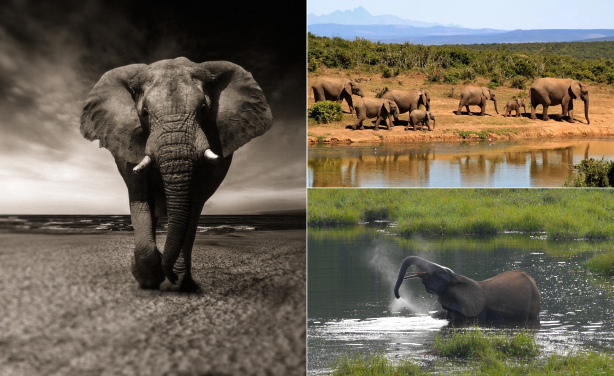