It has been nearly 20 years since the absence of hostilities and the end of active combat in Liberia. Two successive democratic governments have been inaugurated amidst three successful general and presidential elections. Yet, Liberia's peace is still considered fragile by many. Many Liberians are now calling for the establishment of a war and economic crimes court to try perpetrators who acted with impunity during the country's fourteen years of civil war that led to over 250,000 deaths. The Deputy Speaker of the Liberian House of Representatives, Fonati Koffa, said he is not against the establishment of the court but recommended that such a process be led by the International Criminal Court. He said that such a court, if established locally, "will lack jurisdiction over warlords because of the amnesty that was granted to warring factions, preventing any action be taken against them by local courts". 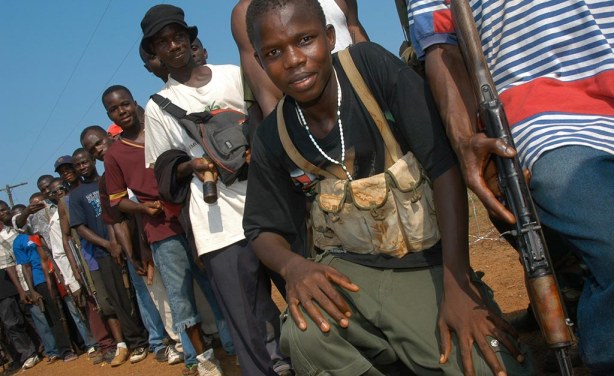 As part of the Disarmament, Demobilization, Rehabilitation and Reintegration (DDRR) process, former rebels in Liberia wait to exchange their weapons for cash. They will also attend training for reinsertion into civilian life.