In Malawi, members of the lesbian, gay, bisexual, transgender, and inter-sex (LGBTQI) community have held their first ever pride parade in the capital, Lilongwe, pushing for recognition by the government, legalization of same-sex marriage and equal access to health care.  During the parade, marchers carried placards with messages like; "We Are Also Human Beings," "Diversity Creates Community" and, "We Are Also an Image of God."

The marchers petitioned Malawi's government to cancel an online survey on citizens' views on homosexuality announced in November 2020 during a United Nations Universal Periodic Review of the country's human rights record. A U.N. report stemming from the review noted that "Malawi had refused to accept the recommendations" related to the LGBTQI community "and the hate crimes, physical violence, and mental health issues that its members faced." 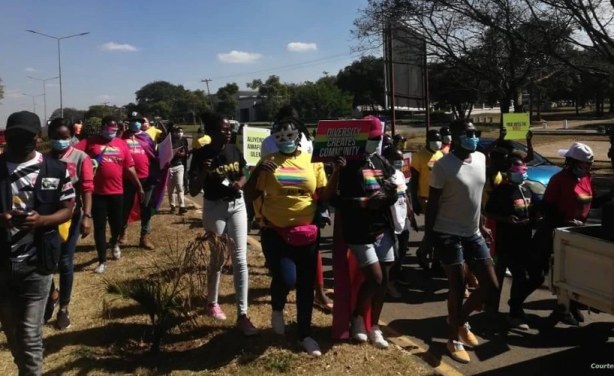 Some of members of the LGBTI community covered their faces not only with protective masks to hide their identity during the parade.